Something Wicked: The Astral Conspiracy Series

Your Story Empire authors are on tour this week. It’s my great pleasure to host Staci Troilo today, but she’s incognito. This series is published under one of her pen names. Make her feel welcome, and share this on your social media if you can. I’ve read this one and think it’s awesome.

Thanks for welcoming me here today, Craig.

Ciao, amici! For the last two days in the Story Empire Something Wicked tour, I discussed some of the ancient lore woven into my Astral Conspiracy series (specifically the first book, The Gate).

Today, I’m going in the other direction.

Science fiction can be a fascinating genre, with story worlds as rich and complex as the fantasy genre. But instead of magical realms filled with dragons, elves, and ogres, we’re looking at medical, communication, and transportation advancements. 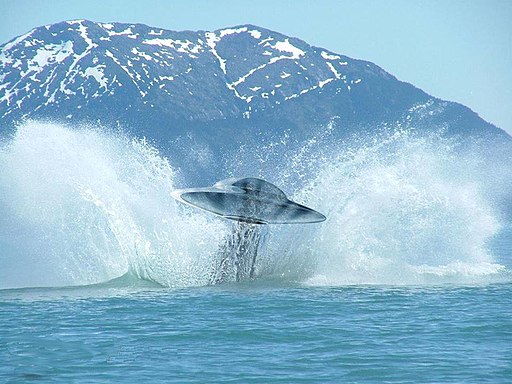 There’s a trick to writing sci-fi tech that fantasy writers don’t necessarily need to concern themselves with, though. And that’s believability. To an extent. Let me explain.

In every novel (set in “real life” or not), readers have certain expectations about what the world is like. Obviously, the real life stuff is easy enough to deal with—research the time period or, if it’s contemporary, design the story-world to be like what you encounter every day. Fantasy worlds are limited only by their imaginations. If they want something to be a certain way, they only have to attribute it to magic. (Most fantasy fiction has an element of magic in it.) It’s a little different for sci-fi.

Science fiction has “science” right in its name. That means the author has to rely on scientific principles, or the readers won’t buy into the story. Those principles can be pushed well beyond our current bounds, but everything has to be rooted in science fact.

Take, for example, worm holes (a favorite subject of mine, and if you’re interested, you can read more here). Einstein proved worm holes are theoretically plausible. Do we have the technology to use them now? Not even close. But they’re a possibility authors can use in science fiction because the theory is rooted in proven fact.

In the Invasion Universe, a lot of scientific technology is introduced. Some things, like self-driving cars and holographic entertainment, are easy for readers to accept. We’re on the cusp of those technologies becoming commonplace, anyway. Other things (like intergalactic space travel and medical mesh that heals injuries) are barely on our radar.

So, how do writers get away with these advancements?

Simple. It’s a matter of introduction.

Things that take a lot more explanation and suspension of reader belief are better introduced as alien technology instead of human invention. That way, readers aren’t bogged down with trying to understand something that isn’t logically explicable. (It’s kind of the scientific version of the magical workaround fantasy authors can use.)

It doesn’t have to be that way. But it helps. It’s a solution I relied on to make things more acceptable to my readers.

How a sci-fi author handles writing about advanced tech will inevitably vary. The most important thing is to not get lost in techno-babble. Readers don’t want or need a four-page description of how something functions. Fiction is an immersive experience. Put yourself in the reader’s shoes. You want to experience this world just as you experience our reality. In real life, you don’t get a dissertation anytime you use technology. You turn on your television and expect to watch a show. You aren’t told how that happens (and thank God for that); you just trust that it will.

That’s the most organic way to introduce technological advancements in fiction. The characters live with it, so they know what it does and don’t over-think it (or maybe don’t think about it at all). And if the characters come across alien tech, they would discuss it in their own terms. They might marvel at what it does, but they won’t take it apart to learn how it works.

Save that kind of writing for instruction manuals.

There is a lot of advanced technology in my novel, The Gate, book one of my Astral Conspiracy series. I think I introduced these advancements in a believable and organic way. If you’re interested in seeing how I handled it, I encourage you to read the book.

He lost his job. Lost his girl. Now it’s all he can do not to lose his life.

Landon Thorne is a disgraced archaeologist, a laughing stock in his field because of his unconventional beliefs – he’s an ancient astronaut theorist. No one takes him seriously.

Until an alien armada targets Earth.

Now Landon’s in high demand – by the US government and someone far more sinister.

They race across two continents to the Gate of the Gods, the one place on Earth that might give humans an advantage over the aliens. But no one is prepared for what they’ll find.

And not everyone will make it out alive.

The Gate is the first of five novels in the Astral Conspiracy Series, part of Sterling and Stone’s Invasion Universe.

That’s some awesome advice that goes beyond science fiction. Thanks for that Staci. We’re all on tour today, and we’d appreciate you finding us and checking out our posts. I’m over at Staci’s today, by pure coincidence of the schedule, if you really miss me.

52 responses to “Something Wicked: The Astral Conspiracy Series”