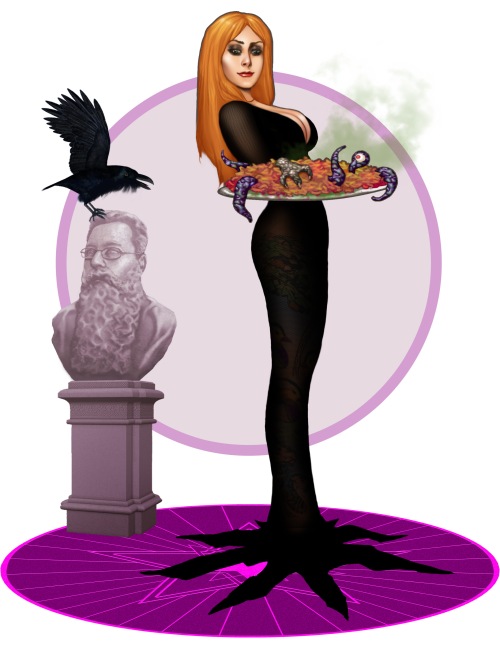 “Once more, from the top, please.”

“I thought it would be easier. Just take a knife, slice her in half and be done with it. It isn’t as easy as it sounds. The knife only goes in about six inches, then stops.”

“The garage. It’s easier to clean up the mess. I’m telling you, crap goes everywhere. I finally had to use some large pruning shears to get her into manageable chunks.”

“And where are these pieces now?”

“The landfill, I suppose. Look, I know that isn’t the right place, but my car’s broke down. I figured if I could bag up the pieces the garbage truck would take them. I had a hell of a time getting her into the garage too.”

“So you premeditated a plan to get her into the garage? Tell us about the plan.”

“I knew I couldn’t do it in the house. I can clean out the garage easier than the carpets, but it was a fight to get her out there. She weighs about the same as I do, and it was all dead weight, you know?”

“So she didn’t go to the garage on her own?”

“You mean there are more of them? How many more?”

“You won’t, you sick bastard. We’re going to need those tools as evidence too. You can allow us to search the garage and take the tools, or we can get a warrant. What’s your choice?”

“Will, will I get my tools back? They were my father’s.”

“I don’t think you’ll be needing them where you’re headed.”

“Maybe you ought to get the warrant then.”

“Alright, let’s see if I have this right, before I wake up the judge. You pushed her off the bed, then kicked her over the headboard–”

“You kicked her over the footboard. Then you dragged her to the garage, tried to cut her up with a knife, but decided to use some pruning shears instead.”

“Then you placed her pieces in garbage bags and tricked the sanitation company into taking her to the landfill.”

“How many bags? We need to recover all of them.”

“Th, there were six in all. Four to hold the big parts, and two to hold all the insides. That stuff goes everywhere.”

“Where did you wash up?”

“In my shower. It was hot and sweaty in the garage, and I had crap all over me, so I took a shower.”

“We’re going to have to collect the shower drain too. You seem pretty relaxed about it all.”

“Haven’t slept this well in years.”

“You’re a cold bastard, you know that?”

“I couldn’t take all the sleepless nights, you don’t know how noisy she was at night, and she stunk too. When they get that old they aren’t the same anymore. I sprayed her down with Febreze and gave her a new blanket, but that smell always came back.”

“Good, God. My mother stinks too, but I’d never spray her down with air freshener and cut her up in some dingy garage.”

“Are you now recanting your testimony?”

“Look all I did was get a new mattress and tried to slip the old one past the garbage man. I never knew it was a crime.”

“Randy at the bar called 911 at 01:34 this morning and said you were in there bragging about matricide.”

“What else would you call it? I got rid of my old mattress. I never knew it was a crime.”

With apologies to John Howell who writes these kind of stories better than I could ever hope.

PS: The 99¢ sale for The Playground is going on right now. Take advanatage of the sale price before it goes away.

55 responses to “Macabre Macaroni, just like Mom used to make”