Today is my rotating day off. I have company arriving tonight that will last through the weekend. I took advantage of a lonely morning to get a few things done.

I finally finished my upgrade of Wild Concept, and uploaded the changes to Amazon. I haven't heard back from them yet, but I'm keeping this project on the down low. It isn't a complete rewrite, more like some new makeup for Lisa. This is my first published book, and I admit that my style doesn't compare to my recent stuff. Forward is a better direction, and that's where I'm headed.

I emailed a few friends about the word count of their short stories. It sounds like I'm already in the ballpark for my book of shorts. I have a couple more things to write and it will be a complete draft. Then I have to struggle with what order to put them in, and a few peripheral projects. As part of this, I managed 2000 new words of fiction for those who like numbers.

I've guest posted quite a few places this year. I wrote one about character growth and used a silly example to make my point. (As I often do.) I kind of think it would make a fun short story. I spent hours trying to figure out where I posted it, and eventually found it. I wanted to make certain the host didn't want to claim Copyright over it. He didn't, and probably thought I was crazy. (Thank you, Charles.) I haven't committed yet, but the story of Lilly and her soup ladle might make it into the short stories.

The book of shorts has a title now. It's going to be called “The Experimental Notebook of C. S. Boyack.” I've already approached a cover artist, and the first few glimpses are amazing.

You probably all know by now that I got another five star review on Will O' the Wisp. This is like rocket fuel for an author. Summer can be a slow time, but I'm motivated like crazy right now. It still needs more readers, and reviewers. If you run out of stars, you can have some of mine. 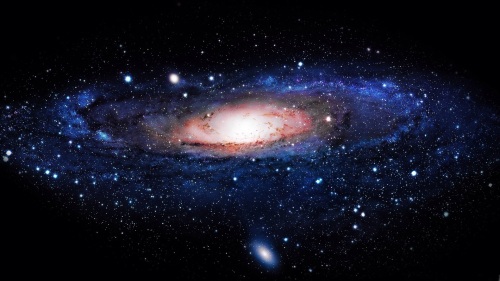 Go ahead and fill your pockets

I haven't looked back at The Playground draft yet. We're trying to plan our first camping trip, and I may take it for some campfire reading. My critique group is slowly seeing pieces of it, and they've been very helpful.

I've been tagged for the 777 challenge. (Thanks, John.) I'm looking forward to this one, but most of my friends have already been tagged elsewhere. I have a few ideas, and may get it published this weekend.

I've had a few guests post some fun stuff recently. I have one more pending, but she asked me to wait until closer to the end of the month. Blog tours frequently get a push when they begin, and another one as they end. With company around, I may post that over the weekend.

Speaking of guest posts, I'm looking for more. I'm willing to visit, or host. I'll even do a swap if one of you is interested. Let me know in the comments, or if we've exchanged email before, drop me a note. My lovely assistant is standing by waiting to set these up. 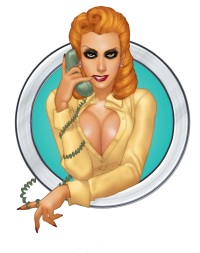 I'm open for most anything. I've even loaned out Doubt the Raven for some editing posts last year. Lisa the robot assistant appeared in some short fiction, and my Muse, Lorelei is available too. If you'd like to play with these characters, just ask. I'm willing to write them into a guest post on your site if you like.
Actually that sounds like quite a charged up morning. See what one great review does. I'm off to work on those four outlines before company gets here. Talking yaks, witch doctors, and surgically enhanced muskrats shouldn't be kept waiting.

13 responses to “Wednesday catch up”