A day of Doubt

This weekend didn’t allow for any writing. We’ve been gone so much that everything else demanded our attention. The old pit bull is on the mend. He’s eating like a horse now, and drug all his toys out. It was an infection, and a bad one at that. He’s somewhere in the neighborhood of 12 years old, and I know he won’t last forever. I’m glad we could get him some strong antibiotics and make him happy once more.

After I called my parents I slipped out to the writing cabin. Lisa* was dressed for work, but stayed off in her own little world.

I opened my iPad and finished a read through of The Cock of the South. This is the last of my older works to spruce up for Amazon.

Doubt**, the raven, flew from his perch and landed on the coffee table. He croaked whenever he thought I should change something. He was usually right and we got along pretty well. He caught many places where I could delete a dialog tag, because there had already been a character action in the paragraph.

I keep an editing document and went to work on my sin words. These are words that indicate telling, spelling errors, or simply get overused. You know the kind: saw, knew, thought; it’s vs. its, there or their or they’re. We got along well until I searched out the word “was.”

Most of the time I rewrote the sentence and came up with a better one. Sometimes I just deleted “was” and the sentence still sounded right.

There are two places where I drew the line. The first is dialog. People (and dwarves) have to sound like real people. They use “was” more frequently than I’m allowed to. e.g. “Hey, I was just down to the trenches and…

The second one is more up for debate. Sometimes I don’t want to use a paragraph to describe something basic. Example: The wagon was red. I used four words to get to the point. To me it’s better than, “A wagon, the color of dried ox blood, made its way slowly down the trail.”

Sure the second one is more descriptive. I agree with that, but it’s not that important to the story. It’s part of the scenery, not the substance. It’s a sesame seed, and I’m going for a Big Mac.

Doubt debated mightily on this point. He pecked the back of my hand until it was raw. In fact that’s why I stopped today. I only got a third of the way through the manuscript on my “was” pass. It’ll still be there when I open it back up. With Apple Pages, I won’t even lose my place.

I have company coming next weekend. That will mark about three weeks since I opened my current project, The Playground. My next decent writing day is September 17th.

We went to Staples this afternoon. I got the crazy idea that I should have business cards for each of my books. I could pin them to bulletin boards and leave them at restaurants. I bought some card stock and created a masterpiece on my computer. Guess what; my printer can’t handle card stock. Some days you just can’t win. At least I have fresh color cartridges loaded in the printer.

I’d like to hear from the writers out there. How do you feel about the use of the word “was?” Condemn me, agree with me, or suggest something better, I’d really like to know.

*Lisa is the main character in my book, Wild Concept. She’s a robot and helps me around the writing cabin these days. She did not appear in this story.

**Doubt is a raven. He was a gift from my Muse and is supposed to be helpful. I have no idea what the Muse was thinking.

I went to work editing on my iPad, and they had free coffee, so all was good. Lorelei bailed on me, she’s not into editing. I see myself telling this story more than showing in places. I know this is drilled into writers over and over again. I’m starting to get defensive about it. When my MC has to plow through mountains of documents, I choose to tell. I’ll show when she finds something and makes conclusions. I guess readers can decide if I’m a hack or not.

This story is about four years old, and I still like it. I’ll take that as a good sign.

I wasn’t really into the fender flares, but they look awesome. Sometimes I short myself and try to stay practical. 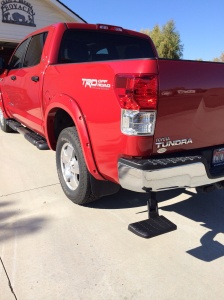 I’m not too impressed with the upgrade to Apple Pages. It seems harder to do everything. Dragging a button for indents was pretty easy, while it lasted. A help button would be nice too. They also hid undo and redo. I’ll figure it out, but it feels like change for the sake of change.