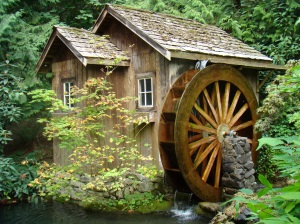 It’s been about six months since we visited the old Idea Mill. I’ve save a few articles over that time, but they don’t seem to be showing up as fast as they used to. Then there’s the other fact: I’ve been busy. It’s time to put some of the fun things back into this blog, so we’re returning to the Idea Mill today.

My basis for posting these is that I write speculative fiction. I know many of you do too. This kind of fiction always requires a leap of faith. Because of that, it’s important to base much of what we do on fact. It makes that leap easier to make for our readers. These articles are to kick your Muse, but also ground your story elements in a bit of reality.

Our first one involves how muggles used to protect themselves from witches. They looked upon their homes as defensible spaces. I guess if you were out shopping you were on your own. They did this by building various items into their homes, behind walls, under the threshold, that kind of thing. They hid worn out shoes, which includes an interesting theory about the devil. Desiccated animals were popular, cats being a major target. There is even a tutorial about making your own witch bottle. Hint: Drink a lot of coffee before you start. Read the article here.

You could make a neat character who is kind of an anti-witch. He or she makes things to protect against witchcraft. Of course, eventually, someone figures out this is also witchcraft and turns people against your heroine. I still have those con artists who sell curses and counter curses on the back burner somewhere. They are actually a married couple and work to get people spending with them. They might fit into a future volume of Lanternfish now that I think about it.

Our next article is about an archeological site that is a graveyard of sorts. There are a couple of intriguing graves, including one that appears to have been buried with live horses still harnessed to a chariot. The most interesting one is a young warrior who appears to have died of natural causes. However, he was “killed” again before burial by stabbing him repeatedly and bashing his head in. Here is the link.

I’m sure we can come up with all kinds of undead stories for the young warrior. Maybe he did pass from natural causes, but rose from his grave as something else requiring the re-killing.

The charioteer is just as interesting. What if he volunteered to go to the other side and wage war against the zombie hoard, or vampire uprising?

Obviously, these monster tales take a leap of faith, but it’s cool knowing about the real burial practices that could fit into your story.

Finally, we have the world’s first 3-D printed human heart from the donor’s own genetic material. We’ve known this was coming for a long time. It seem to me I posted once before about this, and it was based upon growing the heart muscle on a framework of spider silk. This one is tiny, but it proves a lot of the science to make it a real thing. Read the article here.

This one screams science fiction, particularly that ten-minutes-into-the-future kind I love. It makes some neat scenery for your Dr. McCoy kind of characters.

I like the idea of people being people, and may be able to work with this to a degree myself. We stop taking care of ourselves, because insurance allows us to grow our own spare parts and store them at the hospital. Go ahead and destroy your liver, there’s a brand new one when you need it. Lung cancer, Ha! I already have the cure in the freezer. Maybe every teenage sports star has a jar of replacement ulnar collateral ligaments in dad’s freezer.

I like to make up my own corny outline for these posts, so here goes nothing:

A young soldier returns from Afghanistan, but dies suddenly of natural causes. He rises from the grave as a vampire and starts giving all the local girls hickeys.

Terrified townies start dehydrating their cats and making witch bottles from a YouTube tutorial to keep him out of their homes. They’re safe, but don’t dare go outside. Resources are running out.

A hero arises, and volunteers to fight the vampire in the netherworld. To do this, he has to die and be buried with the weapons he needs on the other side. The only way to bring him back after the battle is by placing a fresh beating heart in his chest. Fortunately, he has good insurance and one is waiting for him at the hospital.

They bury him alive, but instead of a living horse, he gets a Humvee with the motor running, and a .50 caliber machine-gun.

The only way the locals can tell if the job is finished is to watch the vampire’s body for signs of damage. Once he’s thoroughly mangled in the afterlife, they plant him, dig up the hero and stitch in his brand new heart. Happy ever after with some kind of diatribe about how growing the heart was covered, replacing it wasn’t covered, medical bankruptcy etc.

I hope something here inspired you with a new story idea, some kind of setting, or scenery you can make use of.

I gave the Idea Mill posts their own category to make for simple surfing. Lookit, right over there in the sidebar. 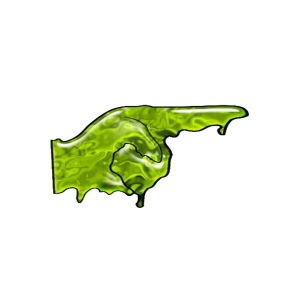 All you have to do is click the Idea Mill category and the posts will filter down to more of these.

I’d love to hear from you guys. What would you do with one (or more) of these? Have I given you any ideas for your stories. Maybe a line for your notebooks somewhere for future use? Talk to me.