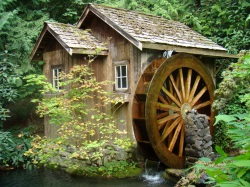 It’s been a while since we visited the old Idea Mill. I stockpile articles I found interesting until I have enough to make a new post. These are the kind of things that can fuel your next story, so I share them hoping to get your imagination working.

I wait for three, but as so often happens, I found the third and a fourth one on the same day.

Our first article involves a kind of mapping, using historical excavation, aerial photos, and more into a virtual reality map of an historical site. This time it is part of the Plain of Jars. During the Vietnam War, it was bombed heavily and is still dangerous to explore and work around. They’ve been able to determine burial rituals were part of the purpose of the jars, but not much more…yet. Read the article here.

This one interests me, because I used burial jars as an inspiration for parts of The Cock of the South. There is a lot more mileage in this story. Maybe you want to write a science based story about merging all the data into virtual reality, and learn something amazing – like discovering the debris field from the crash of an ancient spaceship. Maybe you want to write about the time of the jar builders, similar to what I did. It lends itself to a great treasure hunt story, similar to Indiana Jones. The unexploded ordinance can add some real tension to the tale too.

Moving on, we come to the decline of pollinators around the world. This could lead to famine of global proportions. Someone has built a drone that could replace, or supplement, the work of honeybees. Read the article here. At about $100 each, the price of food could rise dramatically.

There are so many possibilities here. Obviously a bit of science fiction could work. Maybe someone hacks the drones to only pollinate the crops of those who pay protection money. I can just see the super rich, drinking mead as a way to demonstrate their dominance over the rest of us.

Maybe someone weaves a few spy drones into the pollinators. Maybe you just want a bit of urban fantasy using one of the four horsemen. Why should Death and his pale horse be the only one to get page time?

This next one won’t fuel a complete story, in my mind. It does add some neat elements to weave into something larger. It seems Toyota is working on an interactive window. This window has zoom features, and you can draw on it. It appears to have some educational value, like teaching kids to name certain things that pass by. Here is the video I saw:

I immediately saw some kind of urban sniper team using this. The guy in back zooms the window and it calls out distances so the guy in front can take the shot. It wouldn’t be hard for a military squad to draw on the glass to illustrate entry points for a coordinated attack of some kind either. It would be pretty easy to take it further and make it do more things. Add some spy quality infrared and look inside buildings, etc.

Finally, we have the last “wild” Indian. It seems a nameless man wandered into town in 1911, after living his entire life in the wilderness. They named him Ishi, and gave him some kind of consultant’s job. He taught some folks at a university about the ways of his people, and they documented them for posterity. Here’s the article.

There have been any number of stories about someone being raised by wolves, or being the last of their kind. This gives some amount of credibility to those stories. Some fiction could take it as a tragedy, or as an uplifting kind of story. Maybe Ishi learns our ways and advances some huge project in a way that modern minds never thought of. Maybe he delivers some herbal cure for one of our dreaded diseases.

I try to make up some kind of corny story using all the elements to keep these fun. Here goes nothing:

The mapping project for an ancient site reveals it to be the debris field for an ancient alien crash site. More information lies deeper in the jungle, but that location is full of unexploded ordinance, and is off limits to everyone.

Our hero sneaks a couple of spy drones into the swarm of pollinators working nearby, and after the drones start working he directs them away to scope out the site. He uses his special glass window to calculate coordinates of the likely places for deeper understanding, and possibly some undiscovered alien science.

The wealthy computer industry controls the area, by controlling the farmers. They will have no problem convincing the farmers to shoot trespassers on sight.

Only the last surviving native of a virtually extinct race can lead our hero into the crash site and reveal something wonderful to the world. Maybe its a cure for colony collapse disorder the aliens kept in their records. That gives the wealthy computer guys a reason to keep people away.